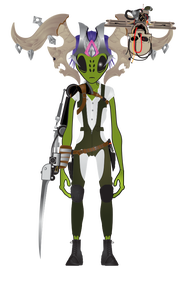 The Gothic franchise had always a huge fan base in Eastern Europe. A Polish team of talented modders made a total conversion mod for Gothic II which was voted Mod of the Year 2021 by members of ModDB.

The mod is available on Steam and has an enthusiatic reception from the players sitting at over 95% positive rating and over 100,000 downloads since release date in December 2021. Something most games can only dream of.

I started my adventure on the island of Archolos today and noticed how much time passed since I last played a Gothic game I feel old now.

I didn't even remember how to use a spell scroll (go into fighting stance and press W). The janky controls will take some time to get used to if you never played a game of the franchise but it's totally worth it in my opinion.

Don't forget to install the Polish Voice-Over DLC to brush up your Polish. Seriously though it's more immersive with voice acting which is as professional as the whole mod even if you don't speak the language and of course there are English subs.

Night of the Raven/Gothic II Gold is required - shame on you if you don't own the game it's only EUR 2.49 right now.