She is an evolutionary robot programmed with a rapidly adapting artificial intelligence, versatile enough to fill multiple battlefield combat roles.

She was created by Mina Liao, one of the founders of Overwatch, who had previously worked for the Omnica Corporation, which had built the Omnics. When Omnic crysis happened she felt guilty and wanted to do something to help. She dreamed of improving upon the original omnic designs. These dreams would become the foundation of the "Echo project". For full story you can go to this link.

Now let's talk about her abilities. Here is a quick overview. Below I'm gonna talk a little bit more detailed about them. 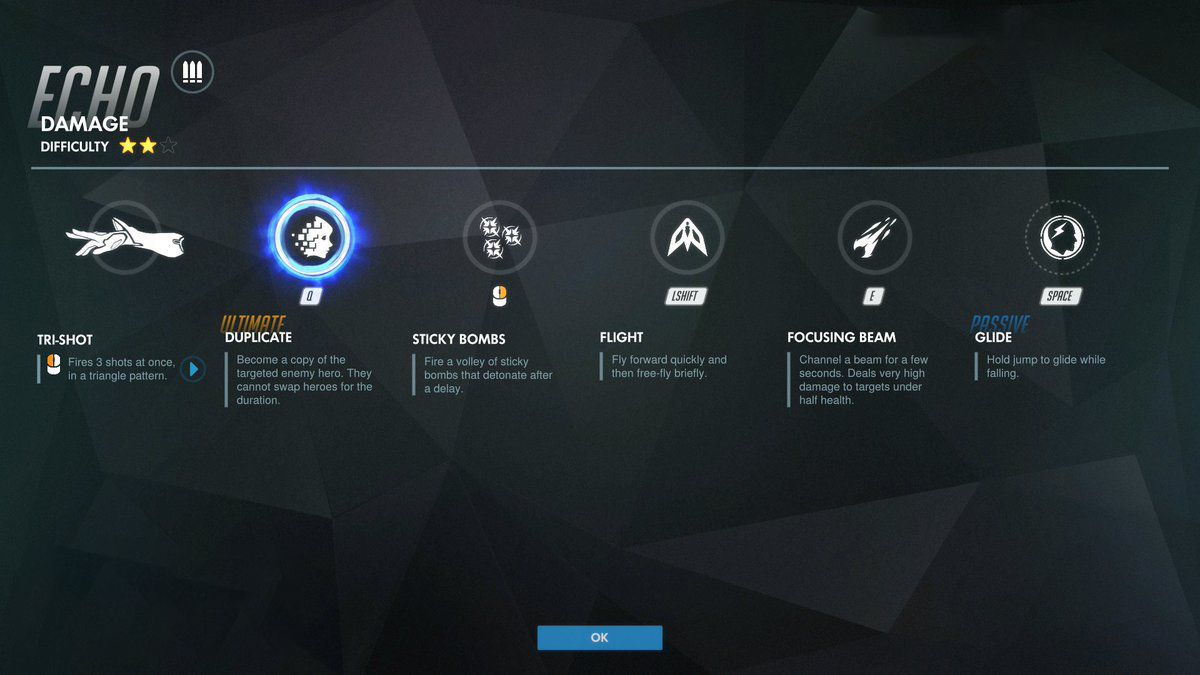 Echo fires 3 shots at once, in a triangle pattern. She has 15 "bullets in her magazine" but one attack consisting of 3 shots actually takes only one of the "bullets". Also her shots are multiplied when you shoot enemy in the head.

Echo fires 5 bubbles that stick to any surface, including enemies. After short period of time they blow up dealing massive AOE damage. All 5 bombs deal 180 damage but it's not easy to stick all of them to one target. Note that she also takes damage from them.

Echo surges forward quickly, then by pressing space you can fly up. Flight lasts for 3 seconds. There is a nice tech that people found already. If you start flight, press space and then immediately cancel the flight you can get a lot of horizontal momentum helping you cross big gaps or quickly running from enemy. Bunny hopping is also very effective with this ability

Echo can glide while falling almost like Mercy with the difference that Echo falls a little bit faster.

Echo duplicates a targeted enemy hero and gains use of their abilities for 15 seconds. Also the ult charge of duplicated hero is incresed by 650% so, if you play your cards right, you might use their ultimate multiple times.

Below you can see early concep arts. Her attack, transforamtion animations and concepts of her face. 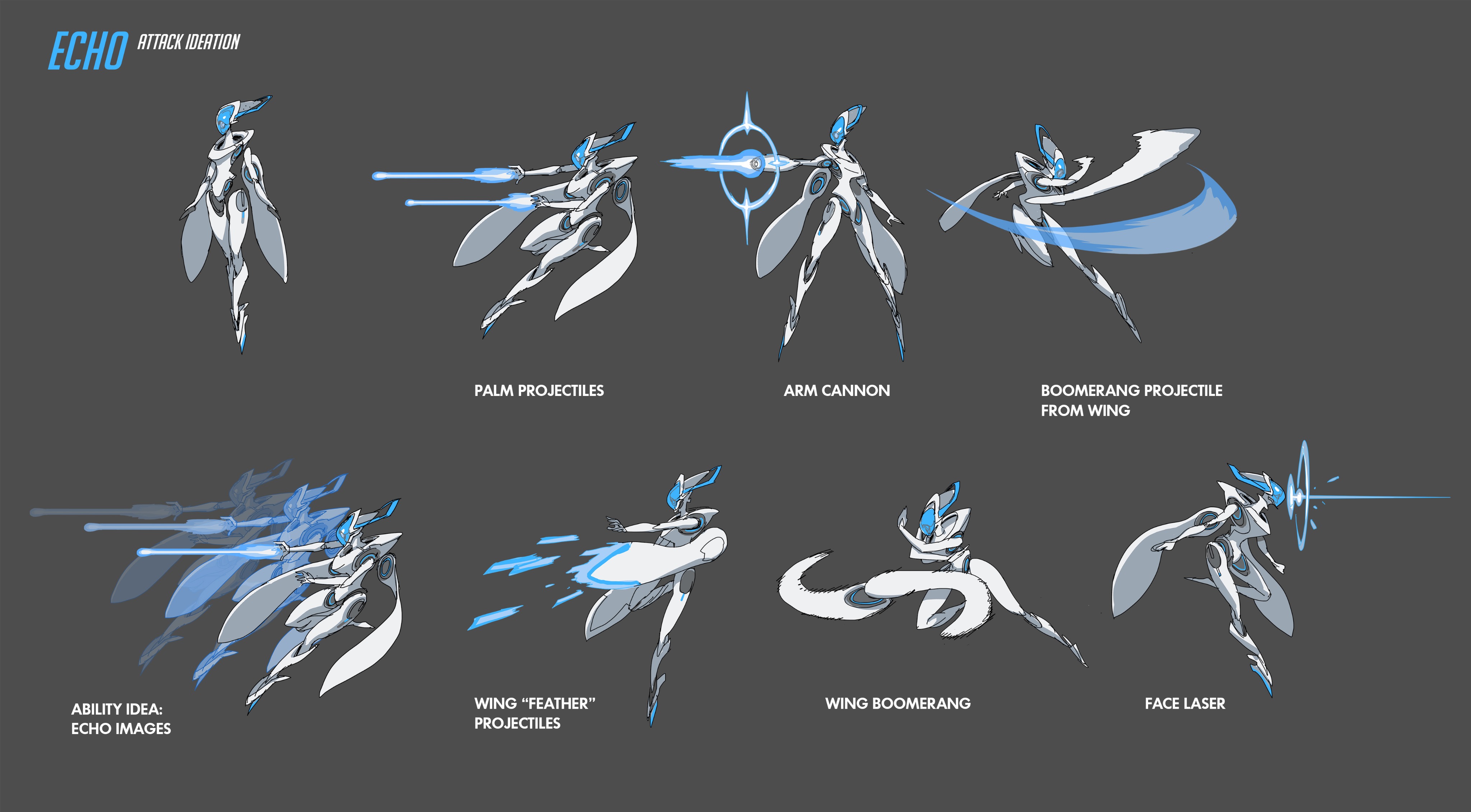 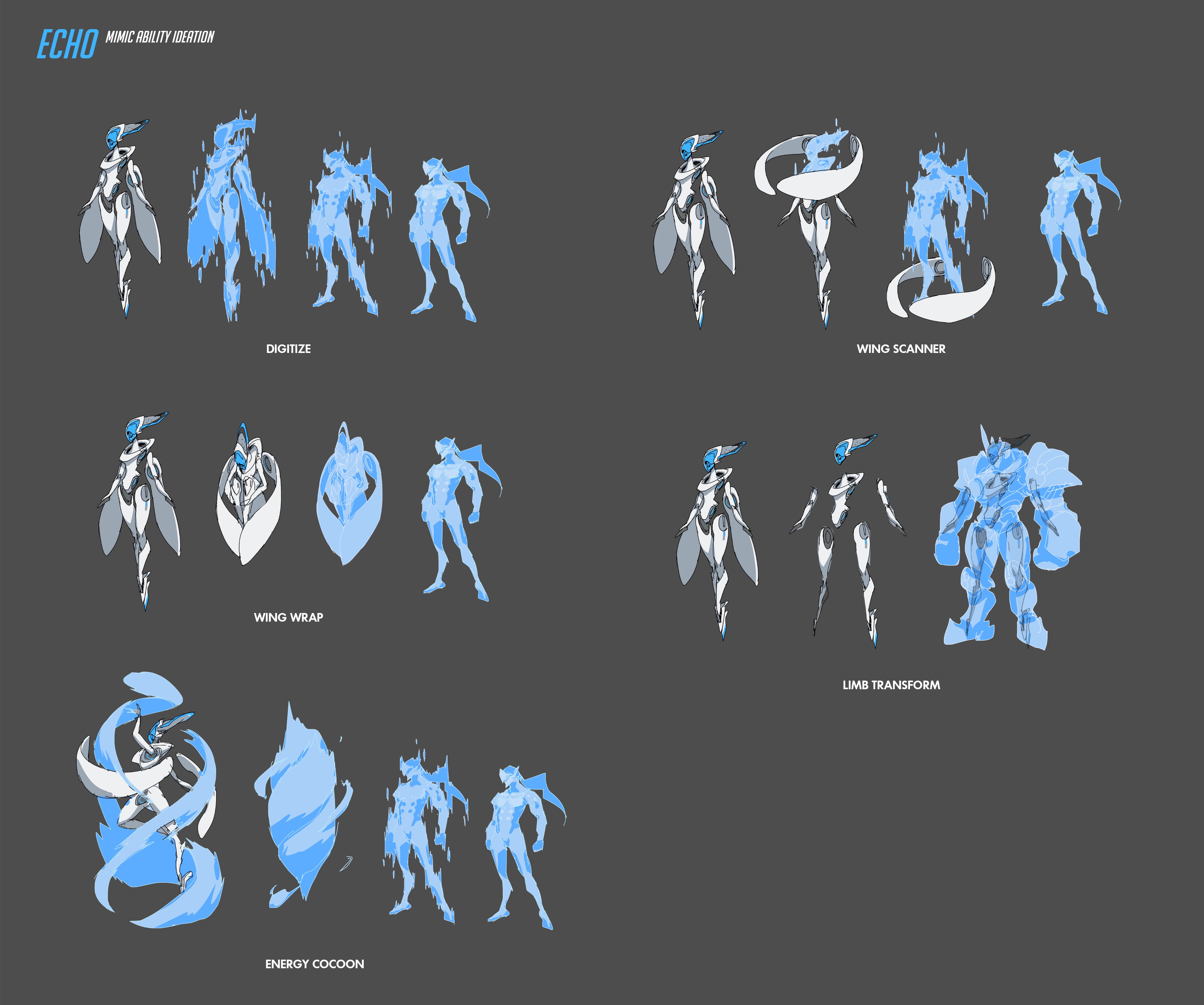 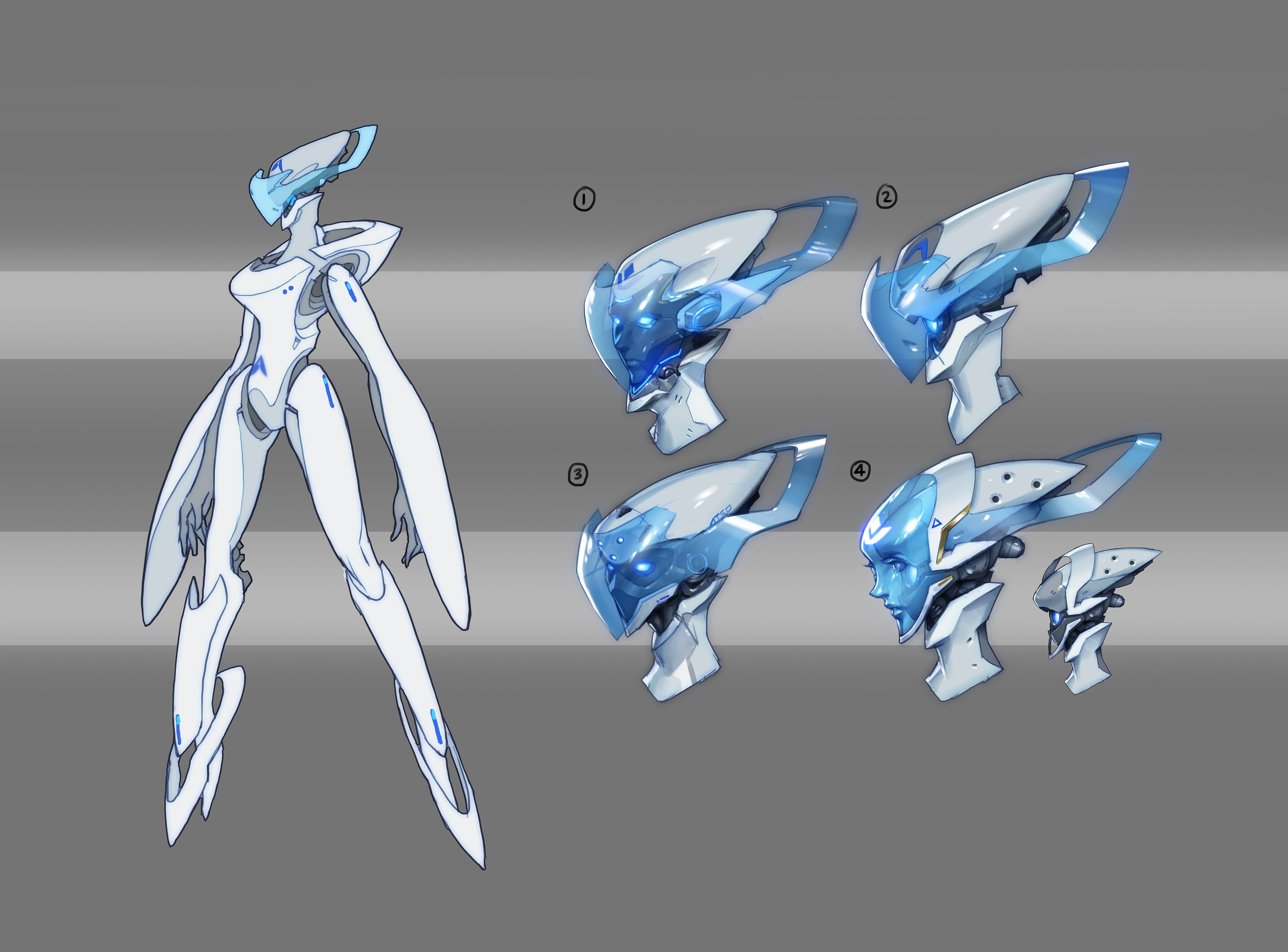 So guys what do you think about Echo. Is she overpowered? Is she underpowered? Let me know down in the comments :D I personally am a support main (Ana/Zen) but I'm having a lot of fun playing her.

Thank you for reading my firts news. Hope you liked it :D If I missed somthing let me know in the comments.

I think Echos design is super cool! I haven't touched OW in a long time, but I might just to try her out for a few matches.

Amazing arts of this game, Cool!

Never played Overwatch before. What do you think of it, my friends? 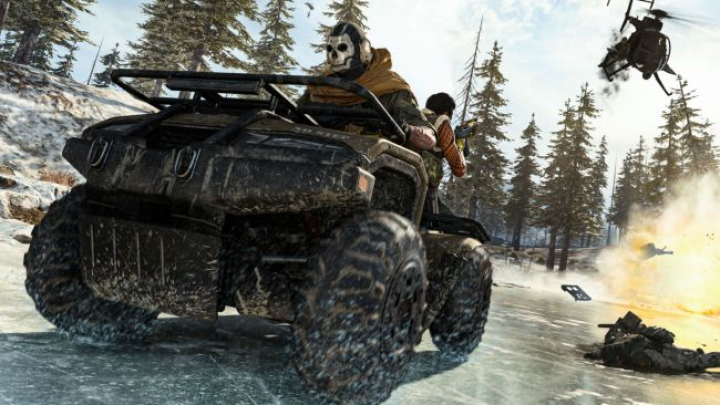